Trip to Algiers with the voice of Jane Birkin

Yippieh, it's done. After a quick thought of about 20 seconds I decided to buy the tickets for our first travel to Algiers together, my whole little family, me, my beloved husband and the baby, that has never seen her algerian grandparents yet... All our earlier attempts had failed because of... lack of money... of time... pregnancy... bomb attacks... But now... it's only three weeks! Three weeks to see the whole lovely family, to eat the best fresh fruits and vegetables, to enjoy spring in its fullest, while in Germany it is still cold and grey! Three more weeks until we can listen to the morning prayer call in the dawn and the sweet french-arabaic sound of the capital's dialect! To drink the most tasty lemonade (made from fresh lemons!!) at the promenade watching the seagulls fighting for pieces of fish!
Of course there are lots of things to prepare, most of all my mind ;-)

When it comes to alter my mood I use music as my most beloved medicine. So, in order to get slowly tuned to mediterranean sounds I'm listening to Jane Birkin's album "Arabesque" (2002), where she performed Serge Gainsbourg's songs "under an oriental flag, under skies at the same time Algerian, Andalusian and gypsy. (...) For this album she worked with the Algerian violinist Djamel Benyelles, whose bow made Gainsbourg's songs quiver to the tune of Arabic interludes. At his side, Jane swayed her hips whilst finding les clés du Paradis, barefoot, draped in a long blood-red dress, surrounded by Aziz Boularouq (percussion), Fred Maggi (piano) and Amel Riahi el Mansouri (lute)." Listen and let the magic begin...

By the way, Jane Birkin is on tour in Europe, don't miss her concert, if you live nearby! Find more information here. 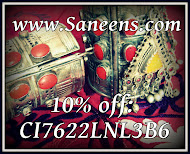